After completing the Marshall Pacific Rim Business Forum in Bali in 2012, our organizers started to think where we could hold the next Forum in 2014. Looking at the feedback from our participants and committee members we developed a shortlist of possible locations in Asia. Eventually, we considered the possibility of choosing a less familiar but more intriguing place.

“What about Myanmar?” we asked ourselves.

With the country’s current and dramatic transformation beginning in 2012, we felt that holding the Forum in Yangon in 2014 would be a great opportunity to create a truly unique and memorable experience for Marshall alumni and friends.

After decades of authoritarian military rule, Myamar has been one of the least-developed countries in the world. Starting the spring of 2012, President Thein Sein's new civilian government began to pursue a broad campaign of political and economic reform, reconciliation, and engagement. Democratic reforms have led to widespread changes: new press freedoms, the release of political prisoners and ceasefire agreements with opposition groups. In response, the United States has restored full diplomatic relations with Myamar, lifted sanctions, and re-established humanitarian and aid missions. President Obama’s visit to Yangon in November 2012 was first visit of a U.S. President to Myanmar.

To learn more about Myanmar, see the links below: 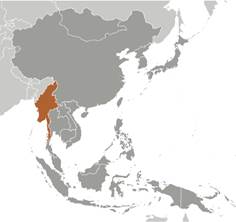